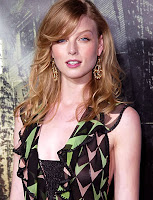 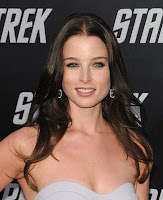 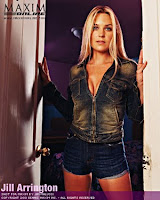 Rachel Emily Nichols is an American model turned actress, best known for her portrayal of CIA officer Rachel Gibson on the ABC television series Alias. At first, Nichols appeared in various television shows in bit parts. Her first auditioned role, which she won, was that of an orgy-loving restaurant hostess in a 2002 episode of Sex and the City, but later that year she won the role of Jessica, the dogged school-newspaper reporter, in Dumb and Dumberer. In 2004, FOX planned to develop a series vaguely reminiscent of their first hit drama, 21 Jump Street. They enlisted Todd and Glenn Kessler (of Robbery Homicide Division) to create the show, tentatively named The Inside. The Kesslers cast Nichols as a 22-year-old federal agent who impersonates a high-school girl in an undercover operation. After the failed FOX series, Nichols quickly found work on the ABC series Alias in the fall of 2005. On May 22, 2006, Nichols appeared in Alias' final episode, "All the Time in the World". After starring in two canceled television series in the last calendar year, Nichols turned her attention back to the big screen with two movies in 2007. The first, Resurrecting the Champ, featured Nichols as the assistant to a sportswriter (Josh Hartnett) who finds a former boxing legend (Samuel L. Jackson) living homeless on the streets. The second, P2, marked a return to the horror genre for Nichols, as she portrayed a businesswoman who gets trapped inside a public parking garage with a deranged security guard. In 2007, Nichols also landed one of the leads in another FOX series — the science fiction drama Them, directed by Jonathan Mostow, although the show ultimately was not picked up by the network. In 2009, Nichols appeared in J. J. Abrams's Star Trek in which she plays an Orion cadet at Starfleet Academy, and starred in Stephen Sommers' G.I. Joe: The Rise of Cobra, as Shana "Scarlett" O'Hara.